Many typical childish behaviors (1 Corinthians 13:11)  were handled by shaming and unforgiveness. Labels were being placed on the children and they could not get out from under those labels. I was a teacher at the school and often ask to sit quietly by the behavior specialist while she talked with my son. I listened to her ask the same questions over and over. While he answered her questions correctly each time and had answers that were biblically sound and responsible.  Confused by the repeated questions, he would look at me questioningly  (Psalm 119:8, Colossians 3:21). I encouraged him to answer the questions again, not sure what more she was looking for. Forgiveness was superficially given (Romans 12:9) after a substantial amount of shame and confusion was place on him. I learned later that the once loving teacher that was previously my daughter’s teacher, was sending him out of the room for typical, but repeated behaviors, because she was suffering from headaches. He was out of the class more than I was aware, going from teacher to teacher, feeling abandoned and unforgiven. He was making no friends, and hated the work he saw no point to. The only thing he loved was story time, yet he continued to speak out of turn, excited about the book, annoying the teacher further. He was ready to learn, but not ready for school, not for what they were teaching him (Psalm 34:11, 2 Timothy 2:15, Acts 5:29). I do feel the need to state for the record that we do believe in active parenting. Correcting, teaching, and consequences belong in our discipline, but forgiveness is not to be withheld from our children (Proverbs 29:15, Proverbs 29:17).

My oldest daughter, who was one of the top in her class, acing the standardized test, was bored to tears and spent much of her time listening to teachers nagging about her reading  or doodling when she was supposed to be listening to a  new lesson. She would often come home with marker doodles all over her body as evidence of her times of boredom. Scoldings were followed by straight A report cards with marks for  behavior. The marks were a blight in her eyes. I could see the handwriting on the wall. My children were doomed to hate learning and what fire they had developed would lose their flame if continuing on that path. They were also learning lies about themselves. They were learning that they should be perfect (Romans 3:23). That they were unforgivable (Mark 3:28). That they were different from the other seemingly obedient children and a lost cause and could be discarded easily. My heart was breaking. 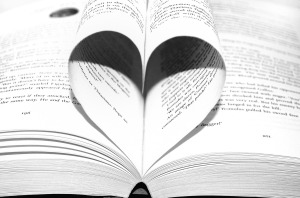 Forgiveness is needed in our house. The lot of us are awful sinners  in Israelite fashion, grumpy getter-uppers, egocentric and lacking faith that our daily needs would be met. Truthfully wants and needs are sometimes really difficult to discern from another. On a daily basis we apologize to each other and dole out forgiveness left and right. It is important to me to apologize as soon as convicted. I want my children to see that I am not perfect, that everybody needs forgiveness. I want them to see they were not different but the same as those around them, flawed by original sin. I want them to be able to apologize with ease when it was there turn. I want to forgive them freely without hesitation,and have them learn the love of Christ through me so they could in turn, show the love of Christ to others (Micah 7:18-19). Forgiveness feels good (Acts 3:19) I also need to admit my own inadequacies as a parent in order to be a better one, to hold myself accountable verbally admitting my own sin to myself. In doing so, I allow God to continue to transform me through my confessions (1 John 1:9) . I have much to learn and I slide back often (Ephesians 2:10).